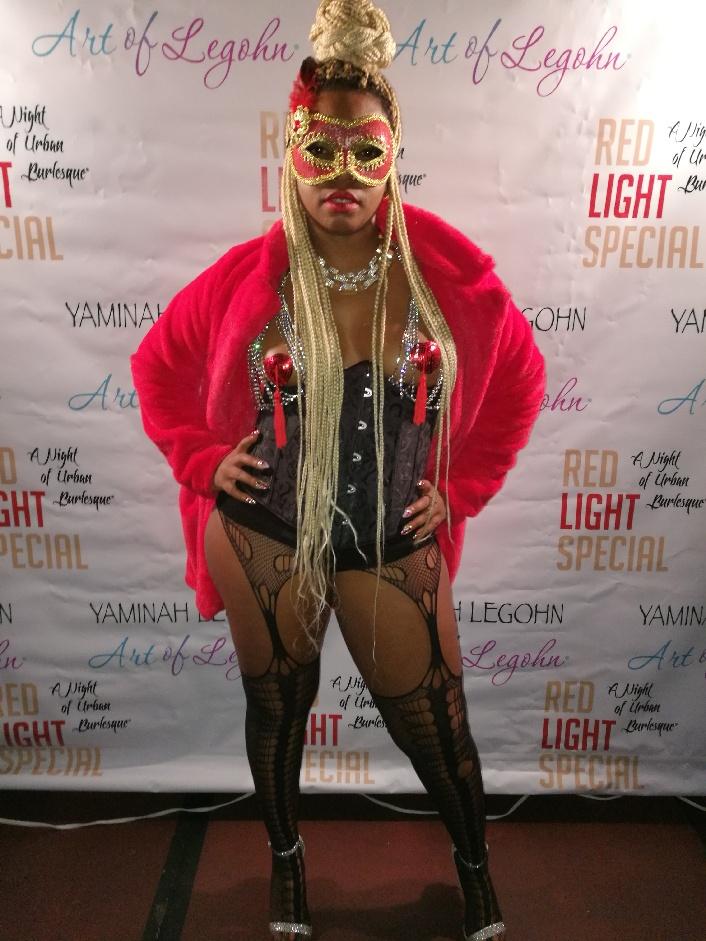 Dance Mogul: How has your journey been as an independent female dance artist and entrepreneur?

Yaminah: It’s been an uphill battle even as a Black, college educated woman, but it has been worth it. I’ve been in the game for 15 years. I started off in the Hollywood scene. When I started, I experienced the whole light skinned vs. dark skinned issue and with me being dark skinned I always received the short end of opportunities. Eventually I had enough of trying to prove myself in that way, so I moved to NY. In NY, I‘ve felt more appreciated by the scene and controlling powers. With that being said, I was able to create a show like Red Light Special:A Night Of Urban Burlesque®. 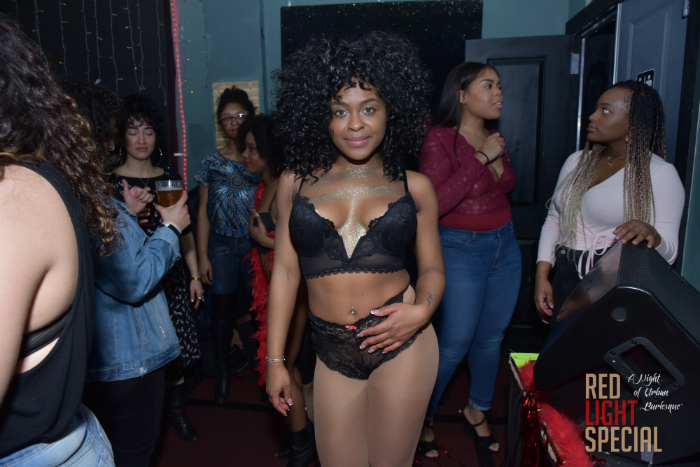 A show where I could have creative control to express my plight as a black woman and the plight of other women in other cultures. Overall I show beautiful black women and women from different cultures such as African, Caribbean, Latin, Asian and I portray stories that express their sensuality, sexuality, self love, being comfortable with your own skin and hair, being dominant, relationships, sex and being a bold sexy woman in an artistic way. 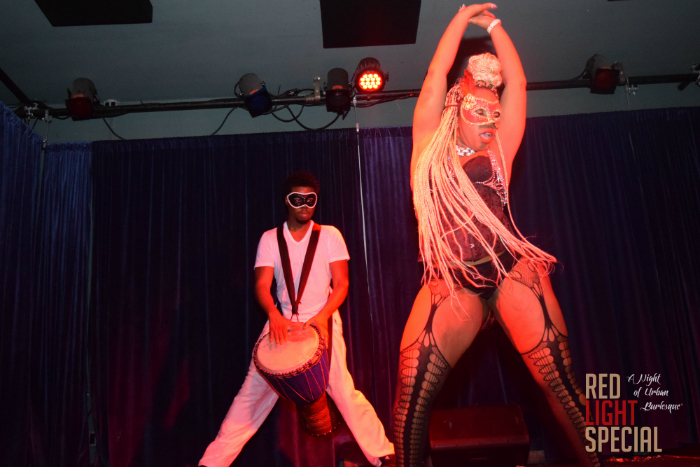 I use some of the dancer’s personal experiences to help create my pieces. For some of these women, they have experienced in their culture where pursuing dance isn’t the ideal for a career or even respected, or dancing in a sexy revealing way is prohibited. This platform gives these ladies a place to express themselves unapologetically. 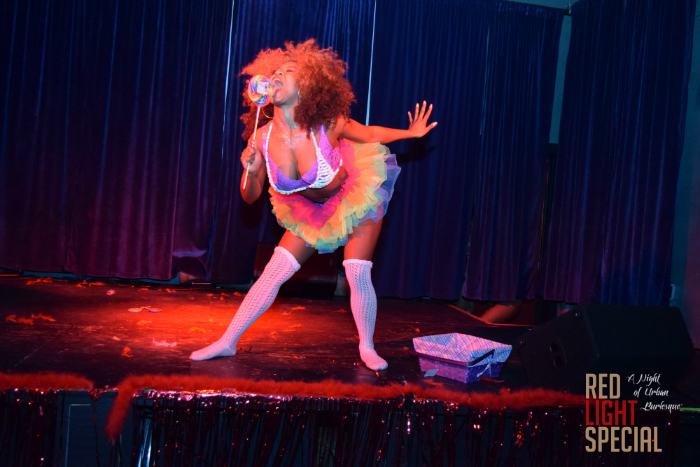 Dance Mogul: Has the NY community been receptive to your efforts?

Yaminah: *Laughs* Well at first they weren’t feeling me because I was from LA. I had to stop saying that for a minute. One thing about NY, just because it’s open to culture doesn’t mean its open arms for you to be a part of it or push it. But I didn’t let that stop me or determine my worthiness.

Dance Mogul: How have your efforts grown over the years? 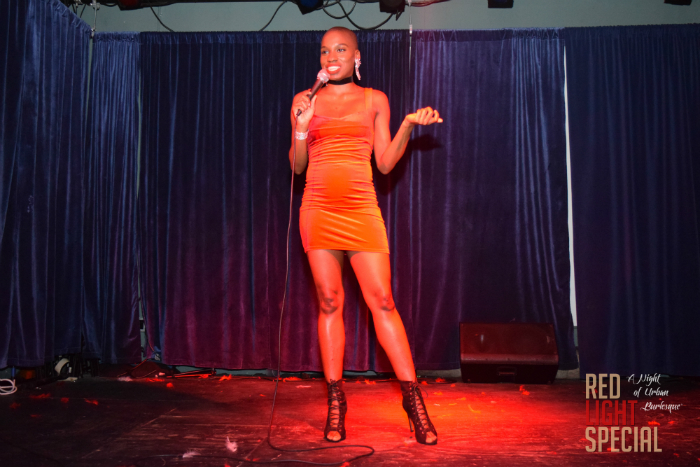 Yaminah: In terms of my burlesque show, I’ve made it completely audience interactive with the audience  and that’s been a big hit and a reason for growth. Now even some audience members dress up as they did in the Masquerade Ball. As I was developing the show I knew people wanted to be a part of something, not just watch. When I first started there was like 30 people, then we got up to 50, now it’s up to 130 plus. We now see a mix of returning audience members and newbies. When I first started I went through different phases like “Can I do this?” to “Let me show you I know what I’m doing!“. Now I just want everyone to come out and enjoy themselves as I do now. 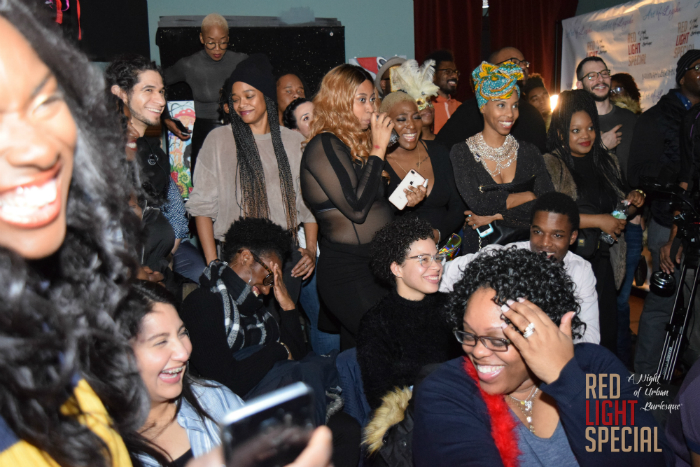 Dance Mogul: Now that you have a solid foundation what are the next levels for you and your production?

Yaminah: Definitely going to turn my production into a docuseries. I also see it being on Broadway, what was interesting is I saw that vision during rehearsals. All the different aspects of entertainment came to life like acting, dancing, music etc. and I was like wow…I have something here. 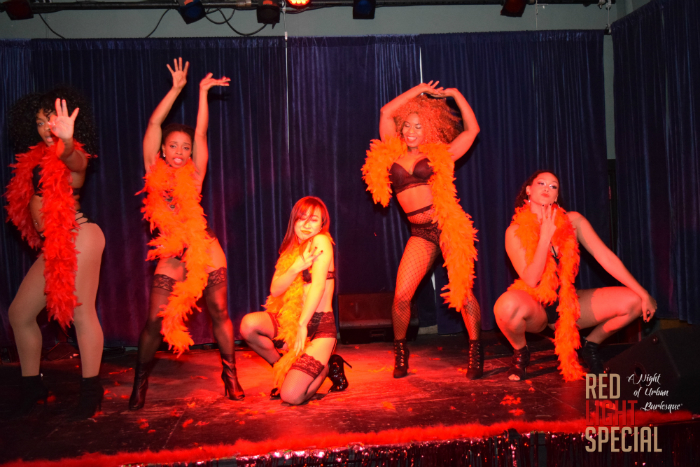 Dance Mogul: Dance and the business of dance is changing everyday, what is the mentality you need to have to survive?

Yaminah: Take your business and brand more seriously. I’m an 80s baby so I grew into the best of both worlds of having to work for it and microwaving things. Invest in yourself. You either sit back and complain or get with it and take off. Make sure you befriend lawyers and get your copyrights and trademarks down. People love to copy and steal.

Dance Mogul: What can we expect from you from the rest of 2018?

Yaminah: I have a residency beginning March 17th atBasquiat’s Bottle in Brooklyn. It will include music, dance and cocktails. I also have my event Dancehall Battle NYC® that I’m producing on March 18th at EXPG. 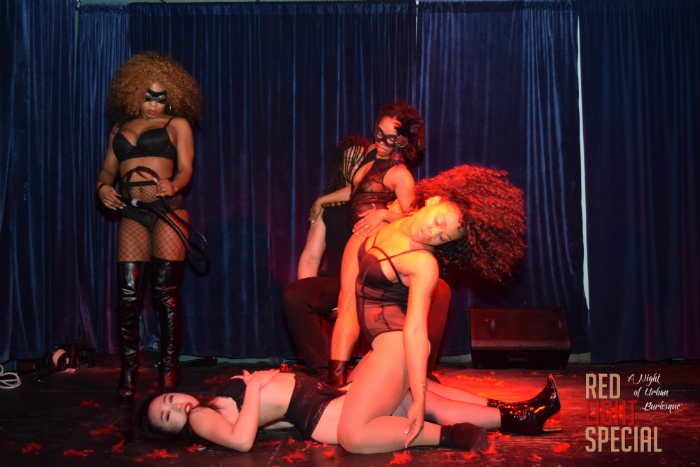 I have my first Urban Burlesque workshop coming up in March as well. And my company Art of Legohn is being booked every season so be on the lookout for all of that.

Dance Mogul Magazine seeks to inspire our readers with our articles and real-world experience.

Self Love is EVERYTHING when it guides you towards a HIGHER purpose..